Dr. Wallace J. Nichols is a scientist, ocean advocate, writer, and dad. He knows that what moves us is connecting with something bigger than ourselves. He’s recently been studying the neuroscience behind our connection to water. [www.wallacejnichols.org] 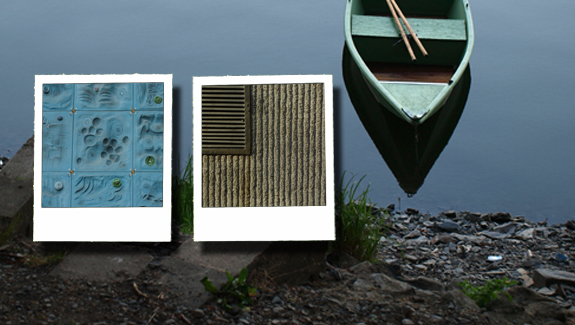 Before I became a dad, I remember people saying, “Nothing else is as important after you have kids.” That’s what I expected.

Instead, what happened was everything became even more important.

My daughters are at the front of my mind all the time. They connect me to everything else. I’ve always cared about the health of the planet and taking care of the ocean, but when the lives of my children became part of my decisions, those decisions took on a whole new depth. My work became more important rather than less important.

I’ve spent the past 20 years studying the ocean and sea turtles. Alongside that, I’ve always been interested in human behavior. I started working with neuroscientists to better understand what drives our decisions and actions in relation to the ocean.

The environmental movement often takes an adversarial approach to solving problems, but there’s room to investigate ways to make everyone happy. Sometimes, we can find common ground between activists and their adversaries. I’ve seen this approach work better than making people feel bad and hoping they’ll change.

I’ve been thinking about the neuroscience behind pausing – giving ourselves a chance to connect our logic, our emotions, what we know, and who we are to our actions. This simple practice can make the quality of our lives vastly better.

Before you put something in your mouth, just pause. Before you make a really important decision, pause. Before you do something you know isn’t good for you, think of the word pause and then pause. Pausing helps us reconnect with what’s important. It gives us the opportunity to connect our actions with the person we really want to be.

There are rare occasions when there really aren’t two seconds to wait, or there isn’t an extra day to hold off. Most times the world will wait for you to pause. The world will wait, and people will understand why you’re pausing.

I’ve found that pausing even works with my kids. As a parent, it’s easy to get frustrated and yell when the kids aren’t listening. That usually doesn’t solve the problem. Instead, I’ll say, “Let’s take a walk.” Walking quietly gives my children a chance to pause. They fill the space with a bit of thought and often make a better decision.