What will you do as President for the Blue in our Red, White and Blue? 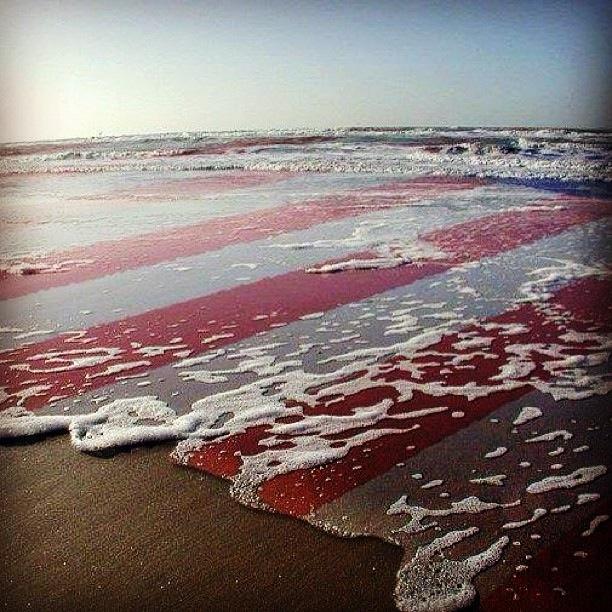 Ocean Leaders send letter to Secretary Clinton and Mr. Trump: What will you do as President for the Blue in our Red, White and Blue?

This past week a letter went out to campaign representatives for Secretary Hillary Clinton and Mr. Donald Trump from 115 ocean leaders in business, science, conservation, education and other fields seeking clarification on what they will do if elected President to protect our public seas, ocean economy and maritime security (see the attached letter).   The aim is to get a response by early September on how the next President will act on key coastal and ocean issues.

These include the fight against illegal pirate fishing, establishment of marine protected areas – like National Parks in the sea - and coastal adaptation to sea level rise and other climate challenges.

The letter also calls for appropriate levels of funding for frontline agencies involved in exploration, conservation and maritime law-enforcement including the U.S. Coast Guard and National Oceanographic and Atmospheric Administration.

Also feel free to contact the Clinton and Trump campaigns directly.  Their responses have been respectfully requested by September 7.

As citizens we call on the next President of the United States to support our nation’s marine and coastal economy and assure the sound stewardship of our coasts and ocean.  Our nation’s Exclusive Economic Zone (EEZ), stretching 200 miles out from our shores, is the largest in the world: a blue frontier more extensive than our continental landmass. With increased scientific knowledge and understanding of this great frontier comes both an opportunity and a responsibility to protect, preserve and restore the blue in our red, white and blue.

Recognizing that the protection of coastal communities, ocean-dependent jobs and businesses, the marine environment and America’s maritime heritage has long been a nonpartisan goal, we ask you as one of the two leading candidates for President of the United States, to respond and commit to the following principles and actions:

Support initiatives to protect our global commons on the high seas and the polar seas through agreements to restore fish and other marine wildlife, reduce marine pollution, encourage scientific collaboration and protect vital habitats including seamounts, coral reefs and coastal mangroves.  An excellent example of this kind of commitment was the broad bipartisan support that led to the IUU (Illegal, Unregulated and Unreported) Fishing Enforcement Act of 2015.

Based on the early work of Presidents Bill Clinton and George W. Bush who established the highest level of protection for the PapahÄÂÂÂÂnaumokuÄÂÂÂÂkea Marine National Monument of Hawaii, and Presidents Bush and Barack Obama in establishing and expanding the Pacific Remote Islands Marine National Monument, we call for similar support for global efforts to create additional marine reserves based on the best-available science.  We expect the next president to support the continued protection of unique ocean habitats similar to the United States’ National Parks system.  These areas can act as a world repository of marine biodiversity for our own and future generations.

Continue to expand a national ocean policy that coordinates federal efforts to eliminate agency conflicts and redundancy while working with traditional and emerging users of our public seas, coasts and Great Lakes. This policy should embrace local, state, tribal and regional initiatives to ensure healthy and productive seas.  The next administration should also continue to promote best fisheries and aquaculture management practices to sustain our living resources and the jobs that go with them including market transparency and traceability. You should address emerging challenges from a changing climate including protecting coastal populations at risk, providing resources such as new Coast Guard icebreakers for the Arctic and research tools for science.  You should address the impacts of sea-level rise, ocean acidification, ocean warming as well as new ocean uses including offshore wind and hydrokinetic energy sources.

Recognizing that our EEZ frontier waters and our national economy depend on healthy seas, new discoveries and maritime enforcement, the next President should commit to fully fund the marine stewardship, exploration and law-enforcement missions carried out by the frontline agencies on America’s blue frontier including the United States Coast Guard and the National Oceanic and Atmospheric Administration.

We believe a commitment to these four action areas by the next President of the United States will help turn the tide in restoring a vital element of the American economy, our heritage and our security from sea to shining sea.

We look forward to your response that we hope to receive by Sept. 7 and to hearing more on your plans.

With regards and respect,

The Curtis and Edith Munson Foundation

Former Under Secretary of Commerce/NOAA Administrator (2001-2008)

Dean of the School of Marine Science

The University of Virginia

Center for Ecological Living and Learning

Endowed Professor for Nature and Humanity

Center for Coastal Environmental and Human Health, College of Charleston

Aquarium of the Pacific

Director, Center for the Blue Economy

Center for Health and the Global Environment