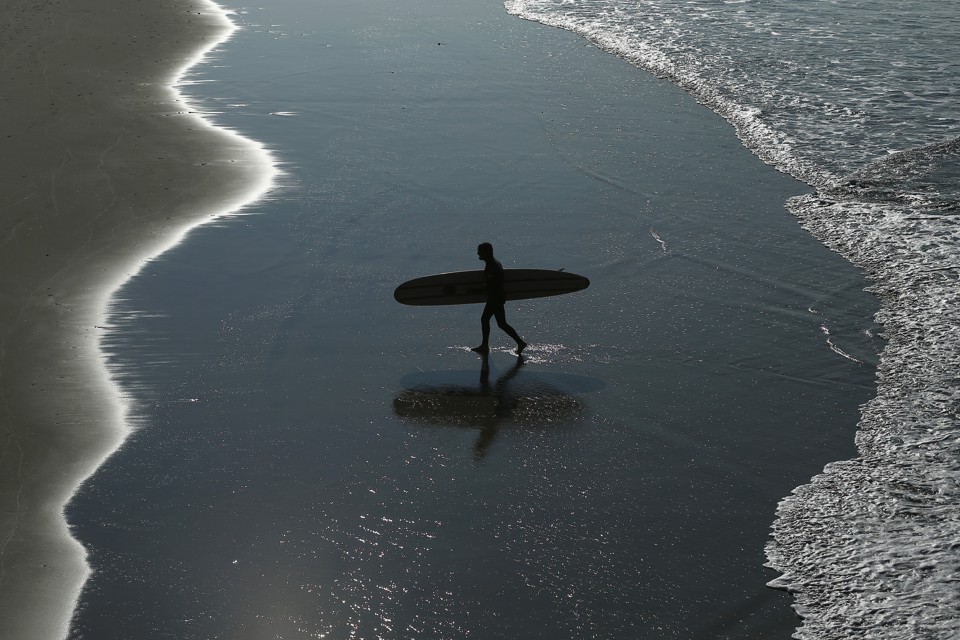 Even hardcore devotees disagree, though many acknowledge there’s something profoundly spiritual about catching waves—a feeling scientists attribute to the power of being in the water.

But whether walking on it, surfing it, or bathing with it, water has been at the center of transformative rituals throughout history.  “Across all spiritual traditions, cultures, and times, you find the use of water to achieve states of awe, grace, and love,” said Wallace J. Nichols, a biologist and the author of the New York Times bestseller Blue Mind, which explores how humans can benefit from being close to water. “We scientists avoid those words like the plague. But if you’re on the water a lot, those end up being the words you need to describe your experiences.”

“Surfers need to stop acting like we have some special access to the Tao or whatever just because we ride waves.”

Scientists are still learning why people say they feel increased amounts of unity, reverence, and happiness in the water, Nichols told me. But if you look at the scientific recipe for flow states—the psychological term for when people are fully and pleasantly absorbed in what they’re doing—being in water checks a lot of the boxes. First, you’re removing a lot of distractions: buzzing cell phones, traffic, written language, and even the need for language, period. Second, you get many of the perks of solitude without the side effects of pain and loneliness.

Then, there’s what psychologists call the “soft focus” that water provides—meaning that watching water is stimulating, even entertaining, to the brain, but in a relaxing, rejuvenating way. Look at the brain of a surfer or swimmer in an fMRI, Nichols said, and you’ll see a more distributed set of points, a more spherical thinking, than when you’re, say, solving a math problem, which takes more prefrontal cortex power. What’s more, surfing—as a form of exercise that involves risk-taking and play—triggers the release of feel-good hormones that help make it so enjoyable.

Surfer Magazine has some anecdotal data to back up Nichols’s points. In 2010, the outlet’s editor at the time, Sam George, wrote:

If some malevolent being came into the world that forced us to close down the doors here at the Palace of Stoke, we could continue to fill editorial pages for two years solely with letters written by surfers to tell us of their spiritual quests in the waves. It’s a phenomenon, really. And it’s one, I believe, that is unique to surfing.