19 Greatest Ocean Heroes of All Time 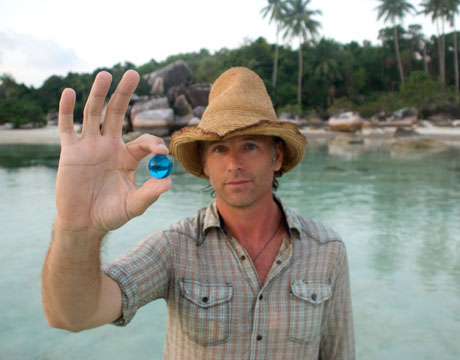 Meet the men & women on the frontlines of ocean conservation.

As David Rockefeller, Jr. recently told The Daily Green, "Ninety-five percent of environmental conservation efforts go to the land, with only five percent left for oceans. Yet 71% of the globe is covered by oceans." Seen from space, Earth is a blue marble.

To bring this concept home, sea turtle researcher and conservationist Wallace "J." Nichols, PhDstarted the Blue Marbles Project, a global initiative that asks participants to pass along a blue marble to someone they see expressing care for the oceans. So far 60,000 marbles have been shared, and the stories have been told via social media and other outlets. Nichols was recommended to TDG by two members of our Facebook community. He is a research associate with the California Academy of Sciences and is the founder of OceanRevolution.org. "We ocean lovers need to be the voice for the ocean," Nichols told TDG.