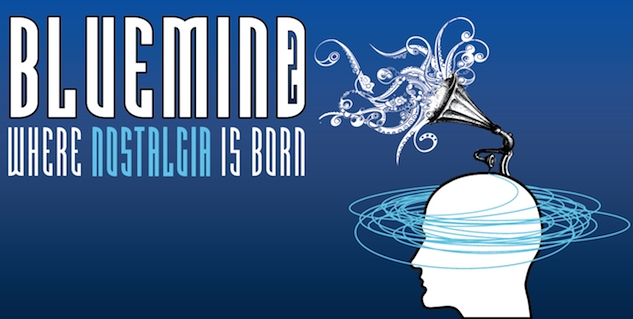 Wallace J. Nichols wants people to know that he is not a rebel.

I’m sitting across from Nichols at the Davenport Roadhouse and we’re talking about the ocean, which he can see out the window over my right shoulder. The 44-year-old biologist, conservationist and self-proclaimed “turtle geek” first gained notoriety when, in 1996, he used a satellite transmitter to track a sea turtle from Baja to Japan. Now he is the owner of an impressive 22-page resume, which plainly bullet-points the many organizations he has founded over the years. He says he’s never even applied for a job, aside from a high school gig making deep-dish pizzas in the Chicago suburbs.

“I don’t like to do the same old thing or follow what people tell me to do. I’m not a rebel. I just like to do stuff.”

Nichols, who goes by J., has neatly trimmed blonde hair flecked with gray and open, receptive blue eyes. Kind eyes. Eyes like the ones on a dog whose owner tells people, “Oh, he’ll be your best friend. He just loves everyone.” He comments that the Roadhouse could probably get away with charging an extra $10 for our table, simply for its ocean view. He says properties by the beach regularly sell for 40 to 300 percent more than their landlocked counterparts. His question: why is that? Why does the ocean mean so much to us?

It’s undeniable that just looking at the ocean calms people. Surfers swear by its effect on their mood, and workers worldwide regularly use their paltry week or two of vacation time a year to head for the water, be it lake, ocean or spa tub. Some health professionals, including Monterey County Mental Health Commissioner Bryan Flores, advocates “ocean therapy” as a way to combat issues such as PTSD and Seasonal Affective Disorder.

Nichols suspects water puts us into a mildly meditative state. He has dubbed this sensation “blue mind”—as opposed to “red mind,” the edgy high that modern society puts us in, and “gray mind,” the numbed indifference that comes from looking at TV or the computer screen in an attempt to relax. “Surfing the web is not truly relaxing,” Nichols says. He believes if people can experience and appreciate the “blue mind” state the ocean grants us, it will result in big gains for conservations efforts.

“People don’t care enough about the oceans and lakes and rivers, even in Santa Cruz. I think people would care more if their selfish need—which is not bad—was taken care of. The environmental movement tends to focus on bad news. If you approach people with, ‘Water makes you feel this way and that’s really good,’ potentially the extension of that is people will take better care of the water.”

Like most very smart people, Nichols is quick to insist there are others much smarter than him in his field. Some of them, like Flores, he has convinced to fly to North Carolina on June 4–5 for the second annual Blue Mind conference, an event dedicated to asking the question of why our brains and bodies feel so darned good when they’re close to the water.

One of the attendees will be Brett Fitzgerald, director of business development at Sands Research, a Texas-based “neuromarketing” outfit that studies how people’s brains react to certain advertising techniques and then sells that information to advertisers.

Fitzgerald, who has a background in environmental conservation, became interested in Nichols’ work and offered to do an experiment pro bono: In between showing test subjects advertisements, Fitzgerald inserted filmed scenes of the ocean. He used an EEG machine and eye tracking to measure what was happening in the subjects’ minds while watching the ocean visuals. This is the first-ever study of our brains on water, and Fitzgerald will present the results at the Blue Mind conference.

“Future research will entail EEG and eye tracking as well, but not looking at a screen. We can test this wirelessly in the field,” Fitzgerald says.

Nichols, eagerly awaiting the results, is aware that the majority of scientific testing organizations may not be as willing to do pro bono research as Fitzgerald, but that’s OK with him. His interest lies with asking questions that spark conversation.“I have started most projects with no money and no desire for money,” he says. “The most valuable thing is intellectual freedom.”

“Clearly we’re not doing things right, right now. So let’s try some different things. But I’m not like, a rule breaker for the sake of breaking the rules.”

Interested in getting your blue mind on? The Blue Mind 3 Summit streams live on June 5 at www.BlueMind.me