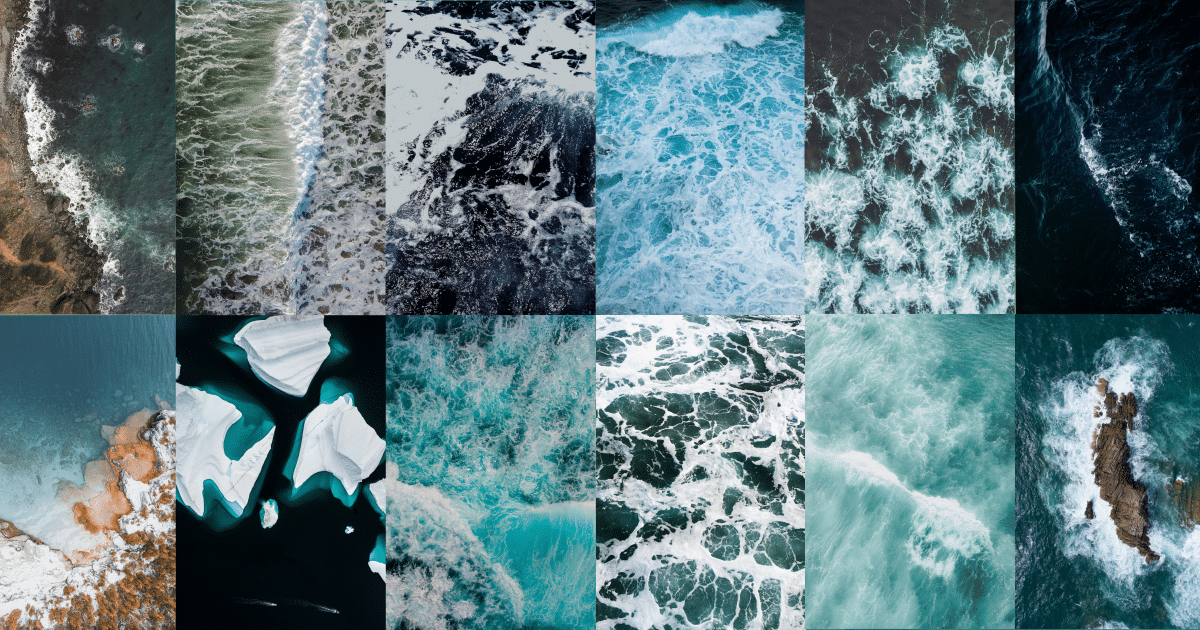 About sixty percent of Americans say they’re worried about climate change—so why aren’t they doing anything about it?

On the Northern California coast, just south of downtown Carmel, poet Robinson Jeffers built a stone house in 1918 resembling a Tudor barn. It sheltered him for four decades while he wrote epic narrative verse exploring how humans might find their proper place within the natural world. Jeffers’ haven is now surrounded by houses worth tens of millions of dollars, but it once sat alone on this rocky point with the deep blue of Carmel Bay stretching to the north and the greens and browns of Point Lobos jutting into the sea from the south. “We must uncenter our mind from ourselves,” Jeffers wrote from this perch. “We must unhumanize our views a little.”

More recently, on a glittering February morning with a massive, El Niño-powered swell hammering the coast, I walked out to this spot on Carmel Point with author and marine biologist Wallace “J” Nichols. Waves breaking off the rocks at the top of the point looked to be about 30 feet on the largest sets. Several gawkers on the roadway held their iPhones aloft, hoping to capture the ocean so wildly alive.

A group of high school students clutching notebooks unloaded from a van and crossed the street toward waiting tidepools. “We’re studying limpets today,” called out their teacher, who seemed to know Nichols, whose 2014 book, “Blue Mind,” became a national bestseller. His annual summit of the same name assembles scientists, explorers, artists, and athletes to investigate “our understanding of the cognitive and emotional benefits of healthy oceans and waterways.” Put simply, the “blue mind” is the mildly meditative state we feel when we’re nearâ—âor immersed inâ—âwater. Cognitive scientists using the latest in functional magnetic resonance imaging (fMRI) and electroencephalography (EEG) are gathering evidence that shows proximity to water, and even recalling aquatic memories, floods the brain with dopamine, serotonin, and oxytocin, those happiest of enzymes; and at the same time lowers levels of cortisolâ—âthat stress-filled enzyme. Water seems to trigger the parts of the brain associated with empathy, encouraging a shift from “me” to “we.” Water, says Nichols, makes us our best selves and gives us our most vivid experiences. “It’s not simply the matrix of life,” he told me. “It makes life worth living.”

The innate biological connection between the human brain and water is also a powerful opportunity to galvanize society around ecological protectionâ—â“neuroconservation,” he calls it. A large-scale survey published by Yale and George Mason Universities in 2018 found that 61 percent of Americans are worried about global warming, but only 41 percent think it will harm them personally and 36 percent ever discuss the topic. No wonder, says Nichols, when the message is delivered in breathless, sky-is-falling dispatches. “If our toolkit is fear, guilt, and shame, they’re not going to join our club,” he said. “You have to have a hell of a lot of beauty and awe and wonder and compassion and love. We’ve been leaving that part out of our eco-spirituality for a long time.”

American exceptionalism was built, in part, on a narrative of rugged pioneers pushing westward. Our industry tamed wilderness. We are a nation that conquersâ—ânot communes withâ—ânature. According to the research in Nichols’ book, this mentality fails to account for other hard-wired human needs. The biochemistry of the brain, he says, deeply craves awe-inducing contact with the natural world. “The awe of big water makes you feel really small,” Nichols said. “Maybe people crave that because we seem to have control of just about everything else in our lives.”

Back when the Obama Administration was reviewing its environmental agenda, they invited Nichols to the White House for a roundtable discussion on water issues. “I looked over their plans and I said, ‘Well, you need someone to talk about the cognitive, social, psychic, and spiritual benefits of clean water,’” he said. “Every time you leave that out, you’re saying it doesn’t exist. It’s studied and studiable, documentable and quantifiable. There’s no excuse.”

Those kids back at Carmel Point fanning out in the tide pools to get a good look at all the limpetsâ—âthose beautiful conical mollusks that stud the rocks and become exposed as the tide rushes out to seaâ—âthey’re likely not going back to their classroom to discuss neuroscience. “They’ll go back and get a quiz about limpets,” Nichols said with a smile. “I love limpets, and I love tide pools, and it’s great that they’re learning about that, but what if we also told them about their brain and why what they’re experiencing out here feels so different from the classroom, and that this will be available to them forever just as long as they protect it?” To get from awe to action, Nichols believes, we’ll have to talk about marine biology (tide pools) and human neurobiology (oxytocin) in the same breath.

While pondering nature as a powerful tool for “unhumanizing our views a little”â—âto borrow Jeffers’ phraseâ—âis there perhaps a place for psychedelics to help resituate ourselves in the natural world? Could mind-altering plants play a role in shifting those dismal Yale survey results? Daniel Pinchbeck, author and co-founder of mindfulness website Evolver, thinks so. We need thoughtful use of psychedelics in an “initiatory context,” he says, to prototype the dramatic social shift we’ll need to respond and prepare for our changing climate reality.

“There’s a birthing process here for us to reach the next level as a species,” Pinchbeck told me by phone. “Whether that takes 10 years or a thousand, I don’t know, but we’re facing an ecological crisis of such vast proportions that humanity could be reduced to a small fraction of its current population within a century, unless we make a rapid transition. Psychedelics allow for a level of visioning that can be technical or biological or social, with profound applications.”

So what would this look like? Richard Branson invites heads of state to Necker Island for a vision quest? The Gates Foundation sponsors an ayahuasca ceremony at the World Economic Forum in Davos, Switzerland? Perhaps such scenarios are not so far off, muses Pinchbeck.

He finds two concurrent movements promising. First, the renaissance of researchers at prominent universities investigating the beneficial applications of psychedelics. Second, the movement of “neoshamans building connections with different sections of the power elite,” he said. Perhaps the most public reflection of this is Burning Man, but plenty more psychedelic exploration is happening behind closed doorsâ—âeven those that lead to corner offices. Pinchbeck told me of a friend who leads the curious through 10-day ayahuasca sessions. He works primarily with startup CEOs. “So many in the progressive tech community are serious explorers,” Pinchbeck said. “Whether they talk about it or not.

The economic theory of “hyperbolic discounting,” which describes our tendency to undervalue long-term rewards, may be useful in unpacking why we are slow to act in response to climate change. Would you wait for two marshmallows placed in your palm sometime in the future, or would you choose to have one immediately? (Psychologist Walter Mischel famously conducted an experiment at Stanford University in the late 1960’s and early 1970’s in which he tested whether young children were willing to forego one small rewardâ—âsometimes a Marshmallowâ—âfor two later). The industrialized human psychology seems hard-wired to place a steep premium on “now.” When gazing generations hence, we dawdle, procrastinate, and underinvest. Harvard psychologist Dan Gilbert says that the human brain is built to respond to four kinds of threats: intentional, immoral, imminent, and instantaneous. Climate change is none of theseâ—âit “evades our ancient alarm system.”

What both Nichols and Pinchbeck suggestâ—âin fairly different but not uncomplimentary waysâ—âis bypassing that alarm system entirely. To get us to really care about climate change, we need our empathy, awe, and wonder triggered. For Nichols, it’s our primal connection to water that can light up the “blue mind” and snap us back into the natural order. For Pinchbeck, psychedelics are squandered tools for doing the same. Both Pinchbeck and Nichols are enthusiastic promoters of an American paradigm shift, a sea change in awareness of human interdependence with nature.

“It’s simple,” Nichols says. “Get in the water. That’s the place where you feel all these thingsâ—âthe best version of yourself. Thousands of years of recorded human history and prose have said the same.”

Zachary Slobig is an independent journalist and Pulitzer Center for Crisis Reporting grantee based in San Francisco. His work has appeared in WIRED, Outside, GOOD, Pacific Standard, and on NPR.