Matt Agnew has set himself a reading list for the year ahead.

Taking to Instagram on Thursday, the 32-year-old former Bachelor revealed he had set aside six books to devour in 2020.

On his list is Life 3.0: Being Human in the Age of Artificial Intelligence, a clear indication of his love for science.

Written by cosmologist Max Tegmark, the book looks at artificial intelligence and the impact it will have on the future.

The astrophysicist also included Rocket Boys by Homer Hickam, which tells the story of a boy growing up in a coal mining town, who has an interest in amateur rocketry.

Also on Matt's list is Boy Swallows Universe by Trent Dalton, the award-winning book about a boy from a dysfunctional family, who is trying to get his life in order while falling in love.

He also included Blue Mind: The Surprising Science That Shows How Being Near, In, On, or Under Water Can Make You Happier, Healthier, More Connected, and Better at What You Do by Wallace J. Nichols.

The book delves into why people are drawn to the ocean, along with why it has such a calming effect on our psyche.

Another book to appear on Matt's 2020 reading list is The Art of War by Sun Tzu, which is an ancient Chinese military treatise converted into a modern-day book. 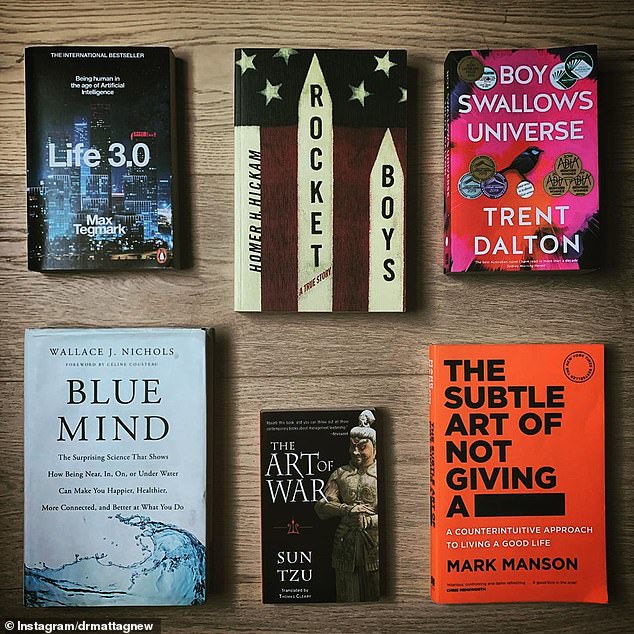