But the trip I was most excited to write about—and what I want to share more about with you here today—was the day we spent driving south from San Francisco, wending our way along something called the Slow Coast.

The Slow Coast is a 50-mile section of Highway 1—stretching from the beach town of Half Moon Bay to the city of Santa Cruz—and was founded by author and marine biologist Wallace J. Nichols and his wife Dana. In 2011, they started opening Slow Coast pop-up shops along the highway, selling locally produced food, art, jewelry, and other Slow Coast-themed products. Some of the stores are located in small towns such as Pescadero, Davenport, and Capitola Village near Santa Cruz; others, like Pie Ranch, are situated more on their own (and yes, their pies are as delectable as you might imagine).

But it’s the Slow Coast’s motto and mantra I love the most: In Slow We Trust. 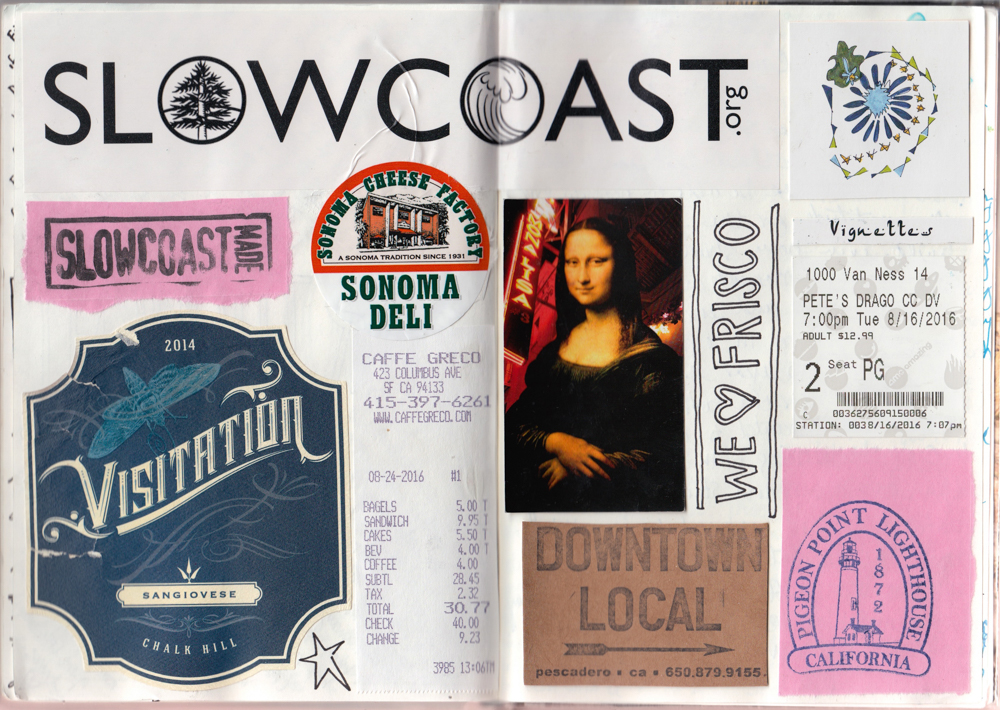