One of the massive illuminated snowflakes that was supposed to open to become an Olympic ring failed to open during the Sochi Olympics opening ceremony.

Many took the opportunity to call it a $50 billion failure and a symbol of all that's wrong with Russia.

I think it will endure as the most memorable moment of the ceremony, if not the entire 2014 Winter Olympics. And I rather like the new 2014 SOCHI Olympics design and tagline. (And it's already available as a tshirt design!)

So far it's been both epic physical performance, but also mistakes, that have determined the medal winners. That should remain true throughout as the ice is very fast and the pressure is high. 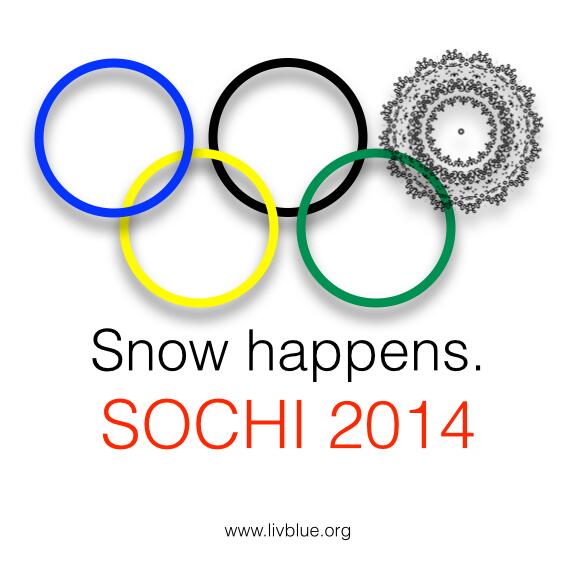 "Do not fear mistakes. You will know failure. Continue to reach out."