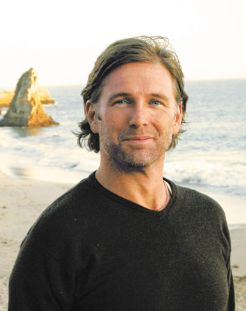 April 19, 2010, Greencastle, Ind. — "Wallace J. Nichols, a scientist responsible for pioneering research on the migration of sea turtles and a 1989 graduate of DePauw, will deliver the primary address May 23 in Greencastle," notes today's Indianapolis Star, which includes a preview of upcoming commencement ceremonies across Indiana. Dan McFeely writes, "Keynote speakers at Indiana college commencement ceremonies will include a mix of politicians, religious leaders and a few inspirational grads who have gone on to big things."

Read the complete article at IndyStar.com.

DePauw University announced Dr. Nichols as its commencement speaker on April 7. He also will be presented with an honorary Doctor 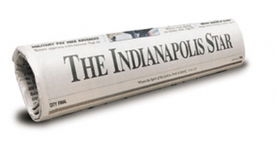 of Science degree at the ceremony, which is set to take place at 1 p.m. in the Holton Memorial Quadrangle.

For a ninth consecutive year, DePauw will produce a DVD of its commencement ceremonies, which will include footage of each graduate receiving their DePauw diploma as well as a range of bonus materials. Orders are now being accepted at $19.95 for the first disc; additional DVDs sent to the same address will be $8 each (7% sales tax will be added to Indiana orders). An online order form is available here; you can learn more about the disc in this article.