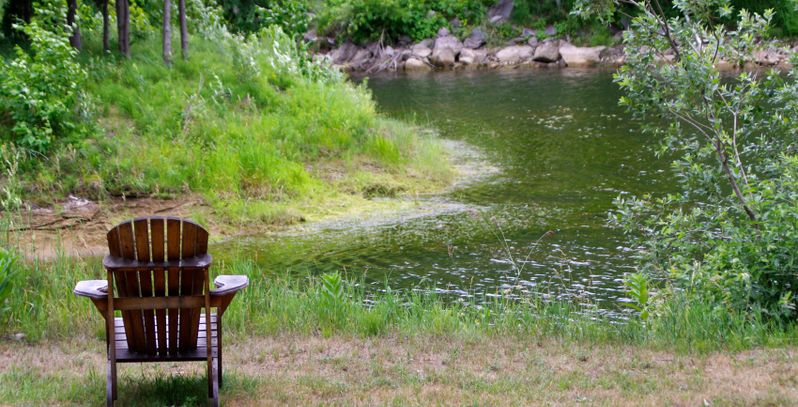 With the fast paced society that we live in and the "work, work, work, go, go, go" attitude that is almost expected of everyone, it can be a challenge to slow down and focus on being happy. We almost don't even have time to think about it with everything going on in our lives, which shouldn't be how it is. A new study is weighing in on this concept and credits living near bodies of water with not only increased levels of happiness, but creativity, too.

It doesn't sound too far fetched if you think about it, really. Remember how magical you feel while you are away at the beach on vacation or visiting the lake for a weekend getaway. There is nothing quite like that state of zen - even when the kids are eating sand and covered in melted ice cream from head to toe.

A study done in the U.K. last year took a more scientific approach to something we all pretty much can take as fact if you've ever visited any body of water in your life. But it's always good to have the facts to back us up.

To complete the study, researchers measured both the heart rates and blood pressure of people while they viewed an empty tank of water, a partially-stocked aquarium tank with fish and plants, and then a fully-stocked tank with double the number of animal species.

The study concluded that just by looking at tanks of water, people's blood pressure and heart rates were both lowered. These therapeutic benefits of being near the water were even further heightened when more biodiversity was added. So you can imagine what really happens to our bodies as a whole, living near the water full time.

Even before this research was done, a biologist named Dr. Wallace J. Nichols felt so strongly about this concept that he wrote a book called Blue Mind which details this phenomena and how living near any body of water can help  increase a person’s overall mental health.

Nichols says, “Our oceans, waterways, and the life they contain are so much more than their ecological, economic, and educational value. They have vast emotional benefits. They make life on earth possible, but also worth living,. I like to imagine the world would be a better place if we all understood just how true that is. Water is medicine, for everyone, for life.”