Why we love water. 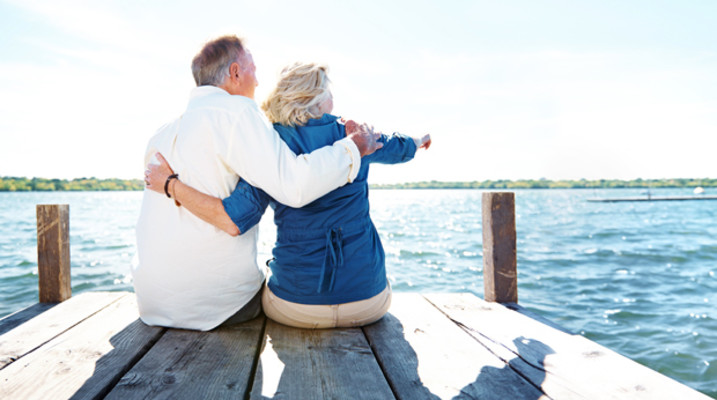 Ever wonder why it’s so soothing to be in or near water – whether it’s the ocean, a pool, or the shower? Here’s what’s going on, according to biologist Dr. Wallace Nichols, author of the book “Blue Mind.”

First: Our brain is wired to want water. After all, more than HALF of our blood and tissues are made up of water. And while we can survive for weeks without food, we won’t last a few days without water! That explains why simply SEEING water triggers our brain to pump out feel-good chemicals, like dopamine, which helps lower our stress.

Being near water can also help us sleep better. A study was conducted in which a group of people either walked for several miles along the coast – or through the countryside. Well, the people who walked by the water slept an average of 47 minutes longer than the inland walkers. And they were more alert in the morning. That may be down to the negative ions in ocean air. They deliver more oxygen to the brain. In fact, those negative ions are even more effective at battling the symptoms of depression than light therapy.

And being near water can even help us form deeper, stronger relationships. In fact, Dr. Nichols says being near water with someone you love can MAGNIFY your bond… because it increases levels of oxytocin, the hormone linked to social bonding and trust-building.

Bottom line: Dr. Nichols says it’s no coincidence that a whopping 80% of the world’s population lives within an hour of a coastline. And when NASA searches for life on other planets, the first thing they look for is water!

Read and listen to more here.