Facing 2020: Inferno In The Forest

“Your house in the redwoods, by the creek and ocean, lasted nearly 19 years,” Wallace Nichols wrote in a letter to his daughter Grayce. “It survived fires, droughts, floods, and earthquakes. It also survived some of our great parties, our friends’ weddings, holiday gatherings, and many sleepovers. “It held thousands of visitors, beautiful music, salmon dinners, and rich, deep conversations.” Then, the house was no longer. The Nichols family home amid the redwoods outside Davenport burned in the August CZU Complex fires. All that’s left standing is a stone chimney, surrounded by piles of ash and debris.

“It’s harder than your own heartbreak when your kid’s heart breaks.” 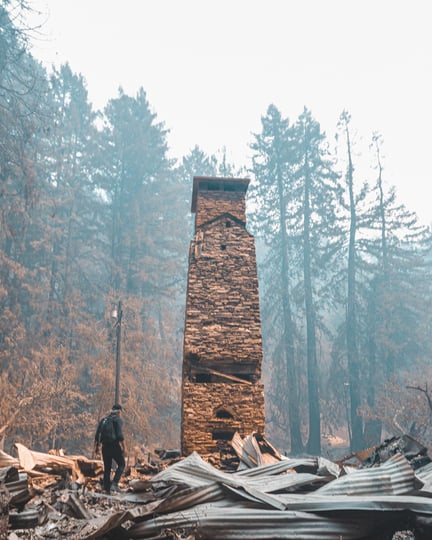 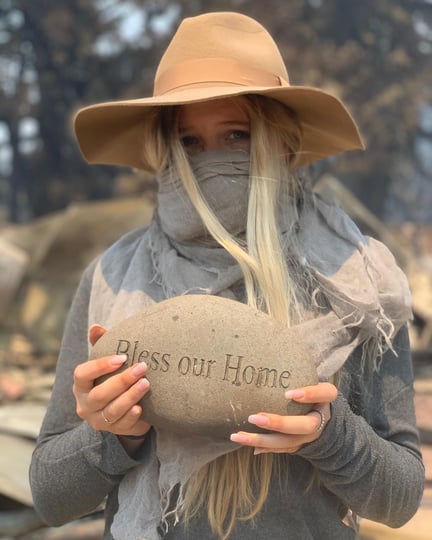 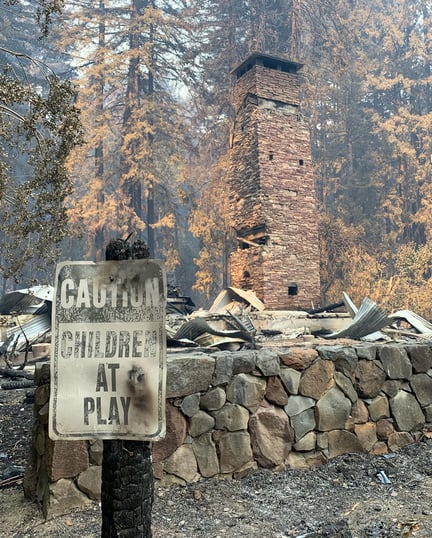 “It’s a mess,” Nichols says when we catch up three months later. He’s on his way to the property to finally begin cleanup work. “The way I describe it is, it’s as if a fire blender came through the canyon and scrambled everything.” Grayce just got back from college and he took her to see what’s left of her childhood home. “Seeing it through her eyes and feeling her heartbreak, I think any parents will relate. It’s harder than your own heartbreak when your kid’s heart breaks,” he says. “She cried hard, and I cried with her.”

Everyone asks Nichols if they’re planning to rebuild. The honest answer is he just doesn’t know yet. He intended to leave that home to his daughters, Grayce and her younger sister Julia, and so he wants them to be part of deciding what comes next. For now, they’re living in a rental home in Carmel and giving themselves time to figure out what comes next. “The week after the wildfires, I didn't know what way was up.” Nichols says. “The redwoods around our house are burned all the way up. All their leaves are brown and their trunks are black, but they're alive. I know they’re alive. “I’m really, really excited about watching what redwoods do after a massive fire. It's one of the coolest things on the planet to witness, the resilience of a redwood forest. And that’s what 2021 is going to look like. It’s going to look like beautiful trees growing new leaves.”